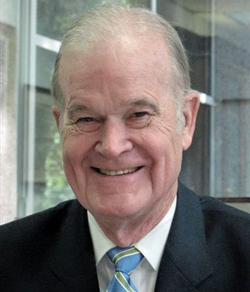 Dr. Sanders is retired from Glaxo, Inc., where he served as Chief Executive Officer from 1989 through 1994 and Chairman of the Board from 1992 through 1995. Prior to joining Glaxo, Inc., Dr. Sanders spent eight years with Squibb Corporation, where he held a number of positions, including Vice Chairman. Previously, Dr. Sanders was General Director of Massachusetts General Hospital and Professor of Medicine at Harvard Medical School. Dr. Sanders is currently a member of the Institute of Medicine of the National Academy of Sciences, Chairman Emeritus of Project HOPE and Chairman Emeritus of the Foundation for the National Institutes of Health.

He is also past Chairman of the UNC Health Care System. Additionally, he has served on the boards of several publicly traded companies. He earned his M.D. from the University of Texas Southwestern Medical School.