Donors and friends embarked on a bus tour of East Durham in March of 2016, some learning about Housing and some about Education. To read the story on the housing tour, click here. Below is one photo-journalist's account of the education tour. 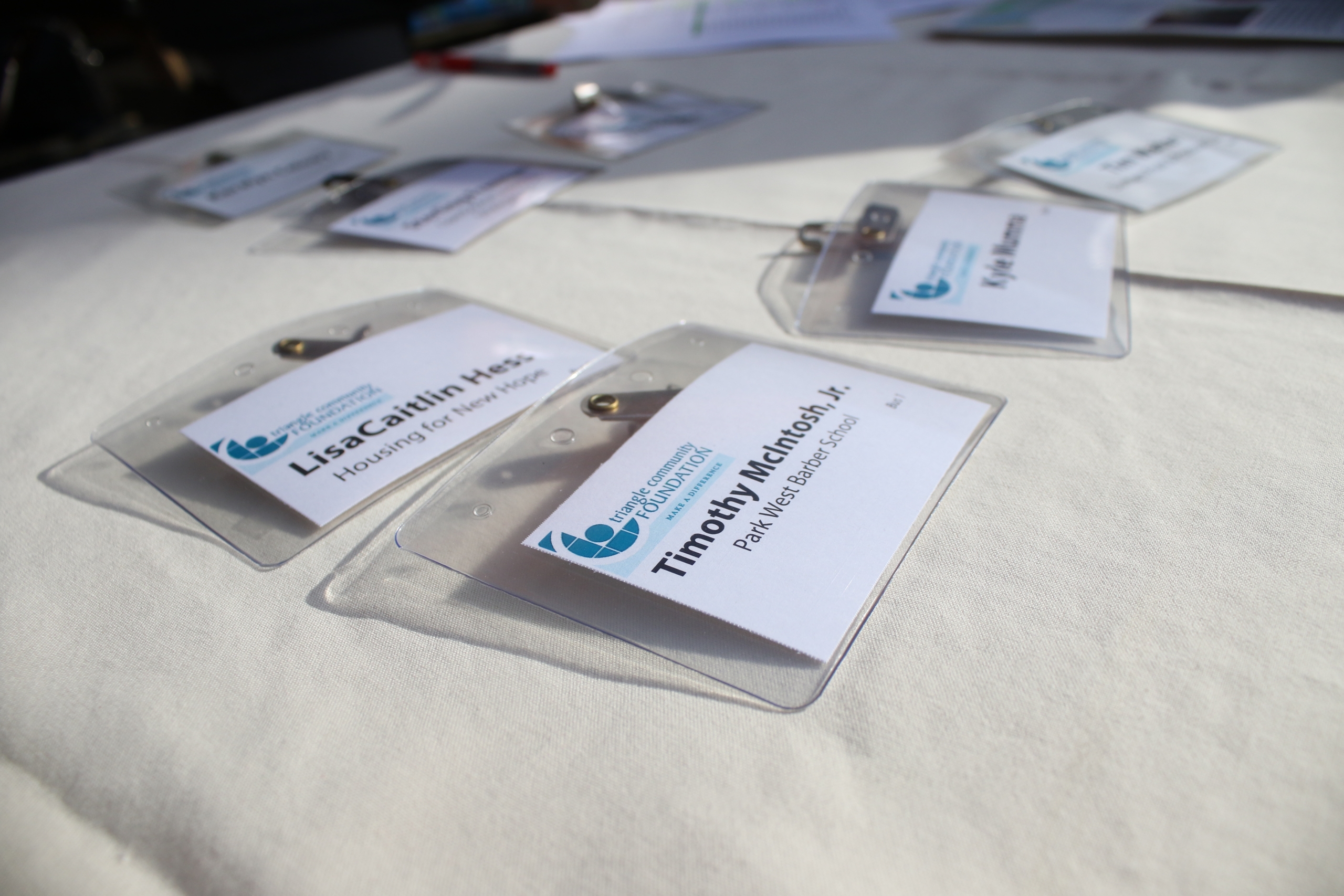 Name tags on the table set up outside of the Holton Career and Resource Center on the chilly morning of March 3, 2016. Here, donors had a chance to mingle among themselves and with leaders from various non-profit organizations before embarking on one of two bus tours through East Durham. The goal of the tour was to provide donors a more personal look at exactly where their gifts are going, and where they are needed. 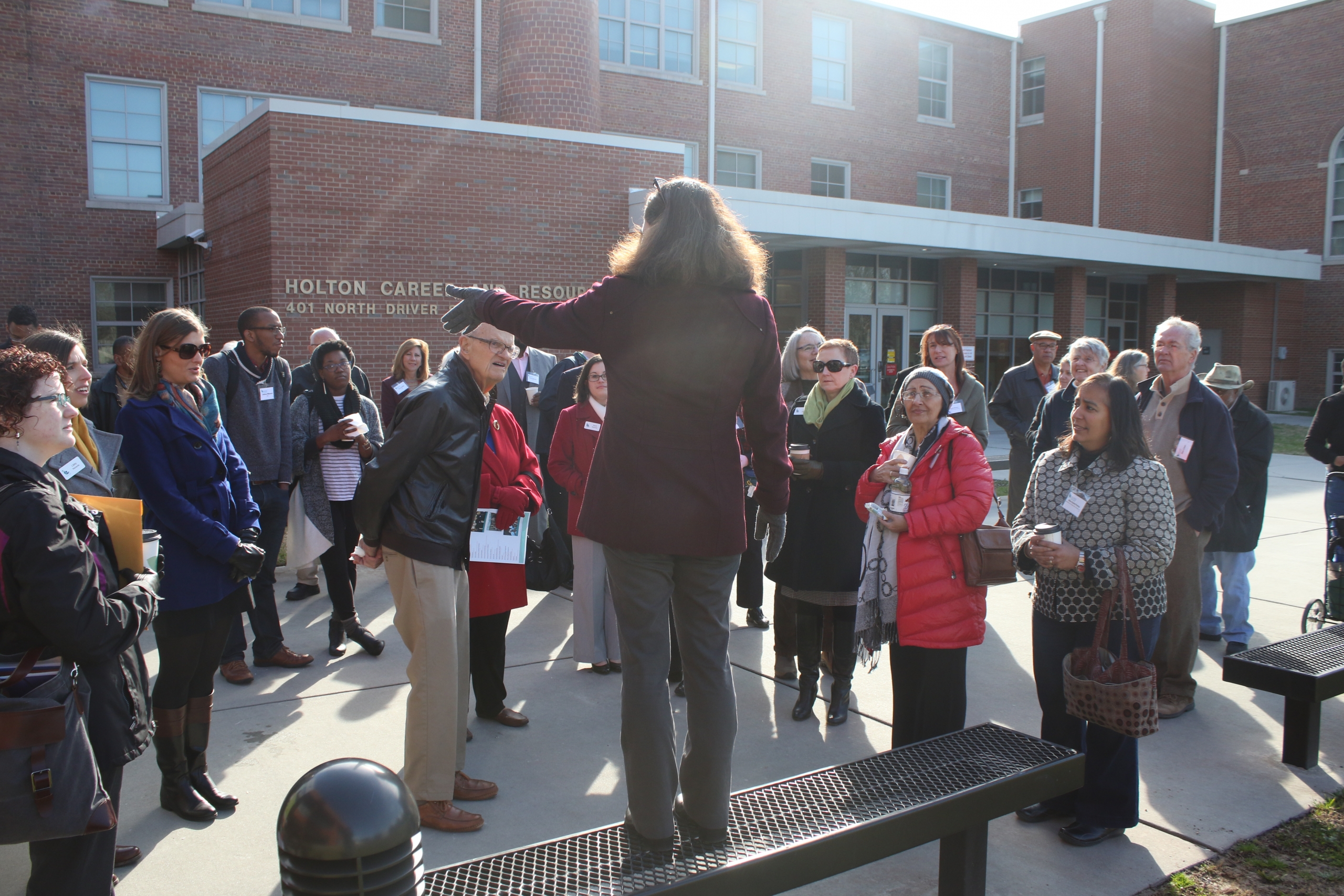 Sandra Rodriguez, director of donor engagement for Triangle Community Foundation (TCF), greets the group, and provides a basic itinerary of what the morning holds. Everyone would be partaking in a bus tour that either toured local schools or housing projects in the East Durham neighborhood.

Barbara Crockett, executive director and board secretary of the Brady Education Foundation, looks out her window on the education bus tour. David Reese, who guided the tour bus, asked participants to pay close attention to the homes and the environment of the neighborhoods that the bus drove through for better perspective of those served in this area. The intent was to give donors a better idea of the conditions that the children of East Durham live in. 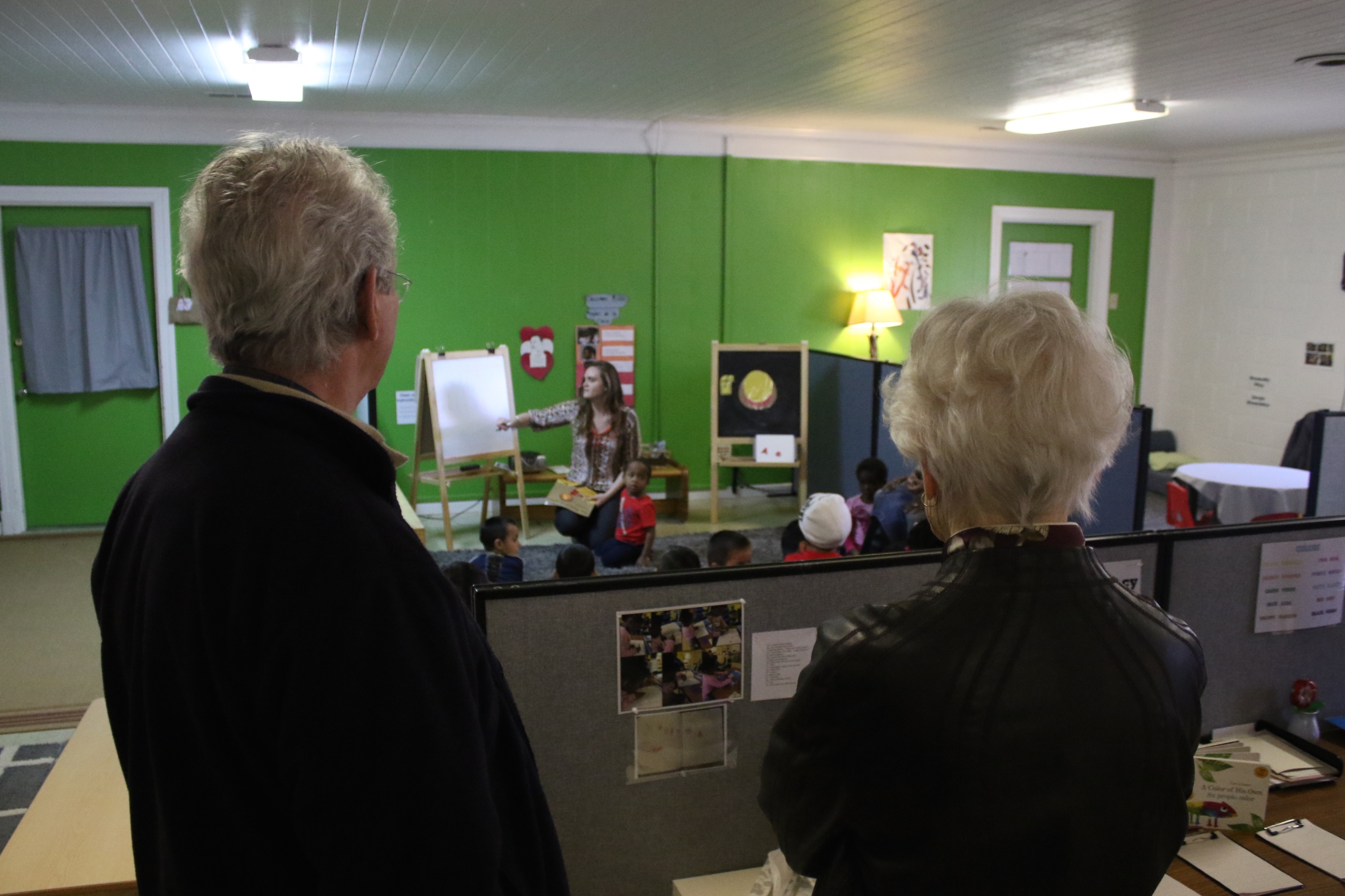 Margaret Keller and Don Liner watch as class takes place at EDCI Leap Academy. The academy receives no federal, state or county funding. It relies heavily on donations to support teachers, as well as pay for water, electricity, and resources for the children. 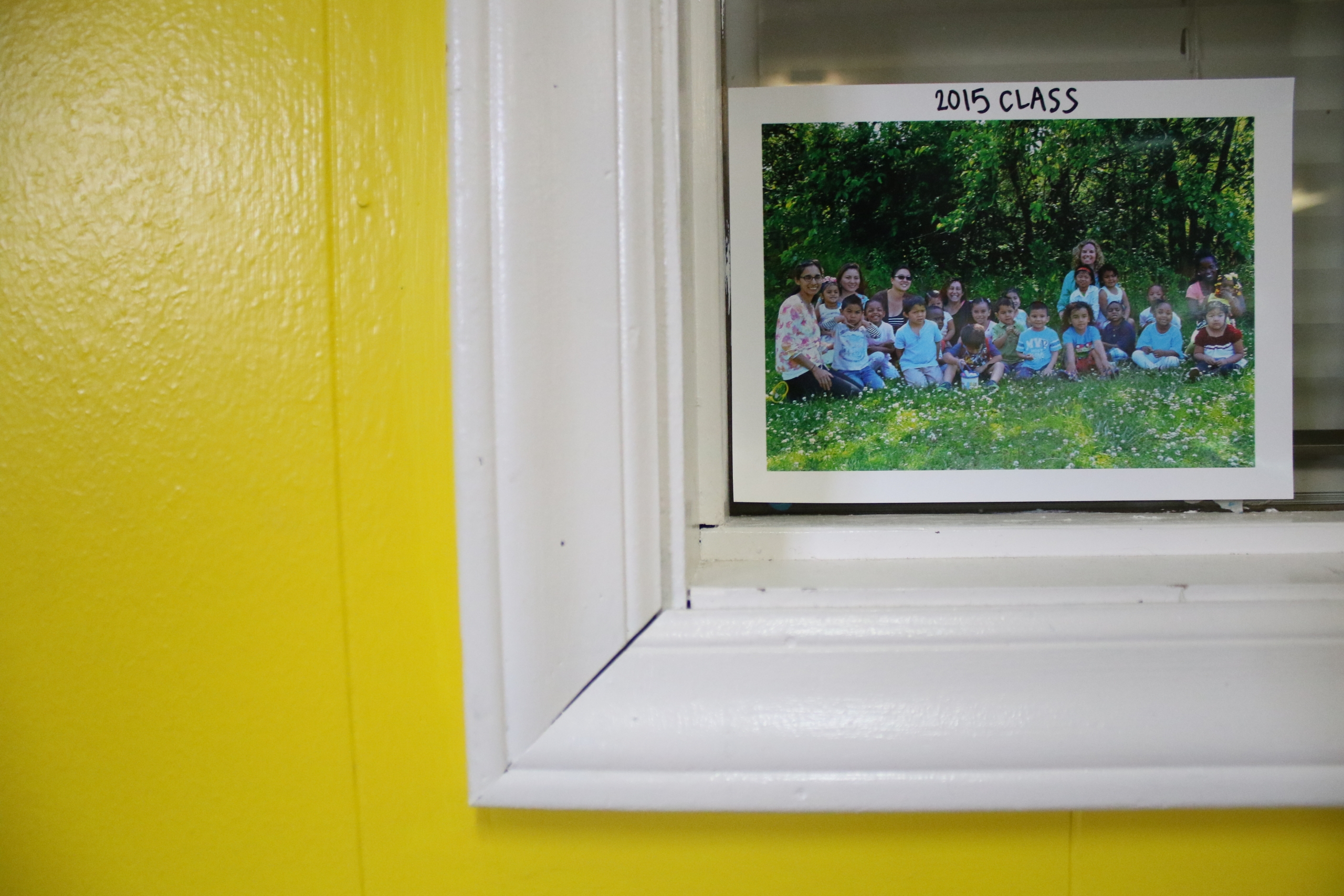 A 2015 class picture from EDCI Leap Academy sits on a windowsill. Leap is a half-day, bilingual preschool program designed to better prepare children for Kindergarten and provide them with a safe and healthy learning environment. Teaching is mostly hands-on and is diverse to help the children receive a well-rounded education. 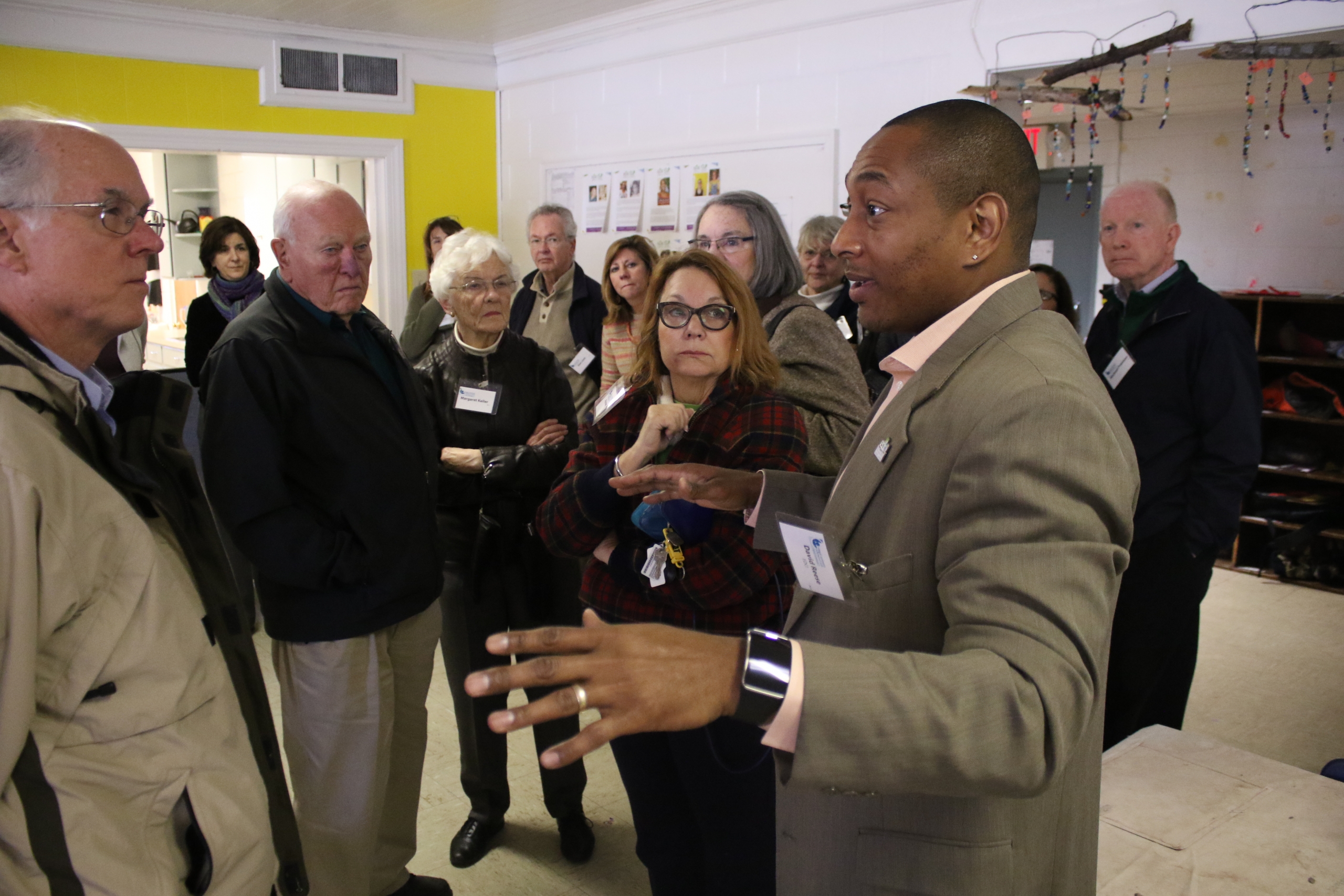 David Reese talks about the importance and success of EDCI's Leap Academy while donors get a first-hand preview. He emphasizes the bilingual teaching, equipping children with a great language advantage moving forward in life. He added that 100 percent of students who enter Kindergarten from Leap are on par if not above the academic level of children who attended traditional Preschool or Pre-K. 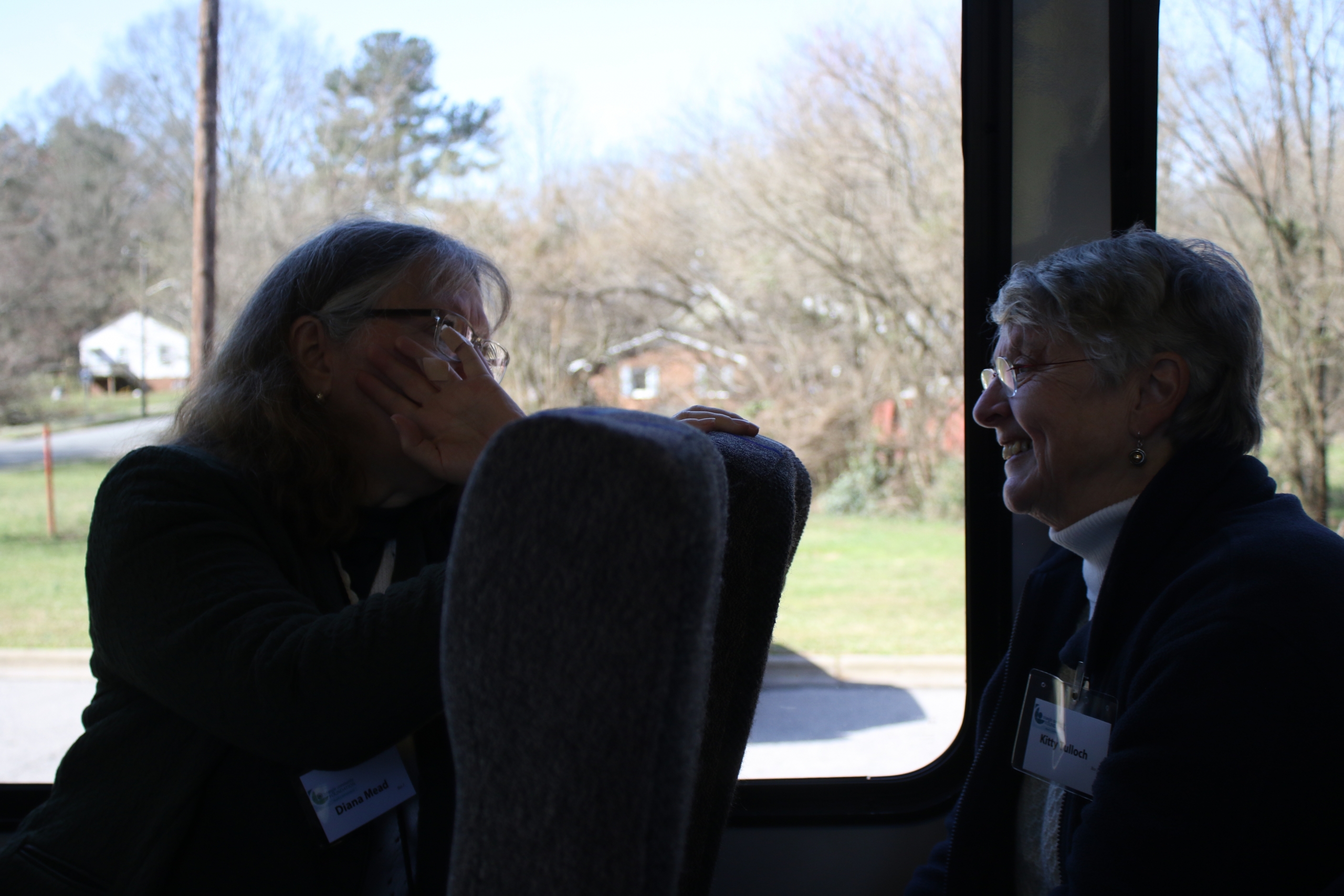 Diana Mead and Kitty Tulloch share a laugh on the bus ride from Leap Academy to Y.E. Smith Elementary School. Being just around the corner, the ride is short. Everyone enjoyed the first stop and is eager for the next stop in the tour. 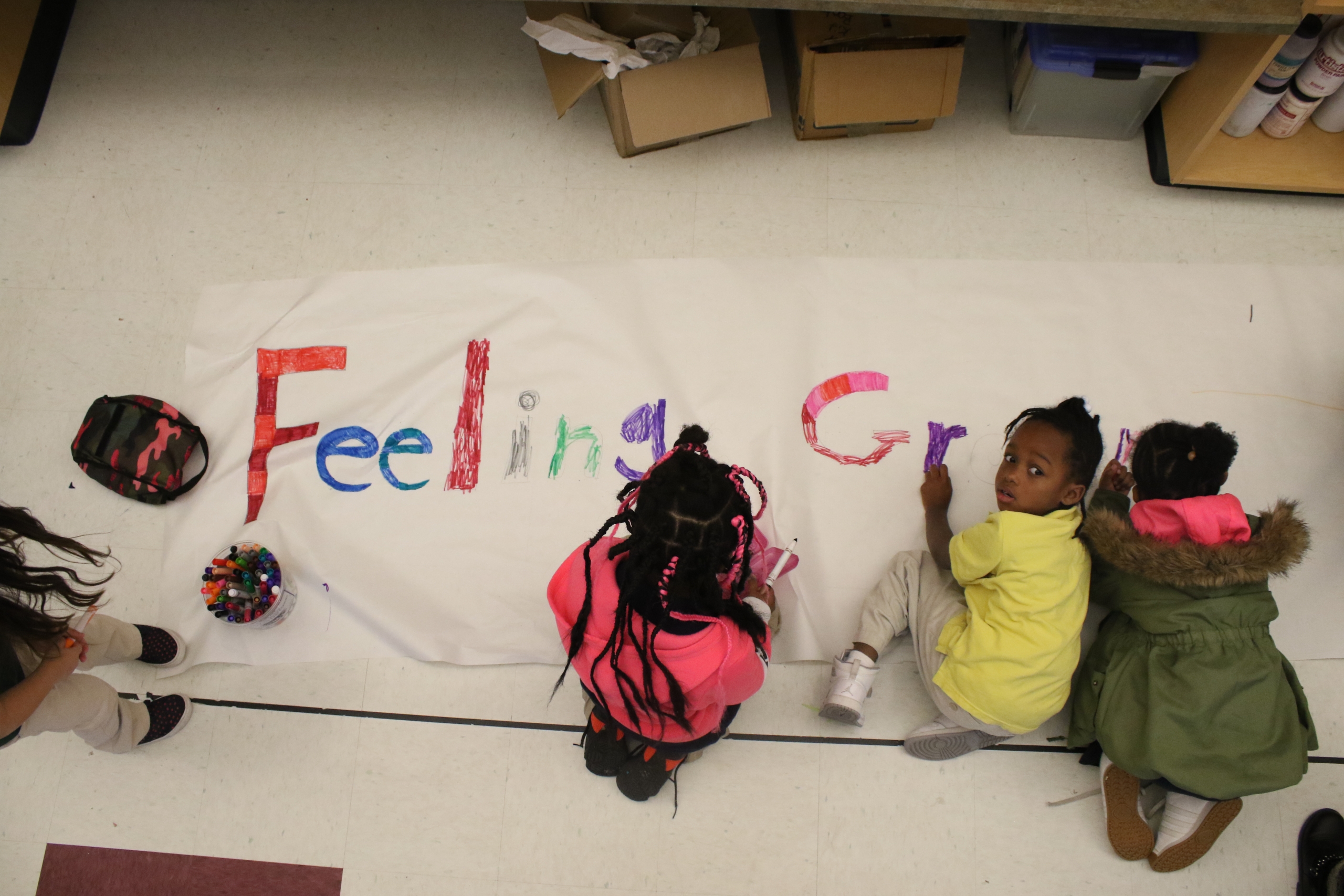 Classmates feverishly color in a mural to celebrate Black History Month. The school’s motto for the month was “Feeling Groovy.” Other donors were able to observe a fifth grade class working together to draw the food chain. The students were all focused, and eager to learn; something their principal, Letisha Judd, says is commonplace in her school. 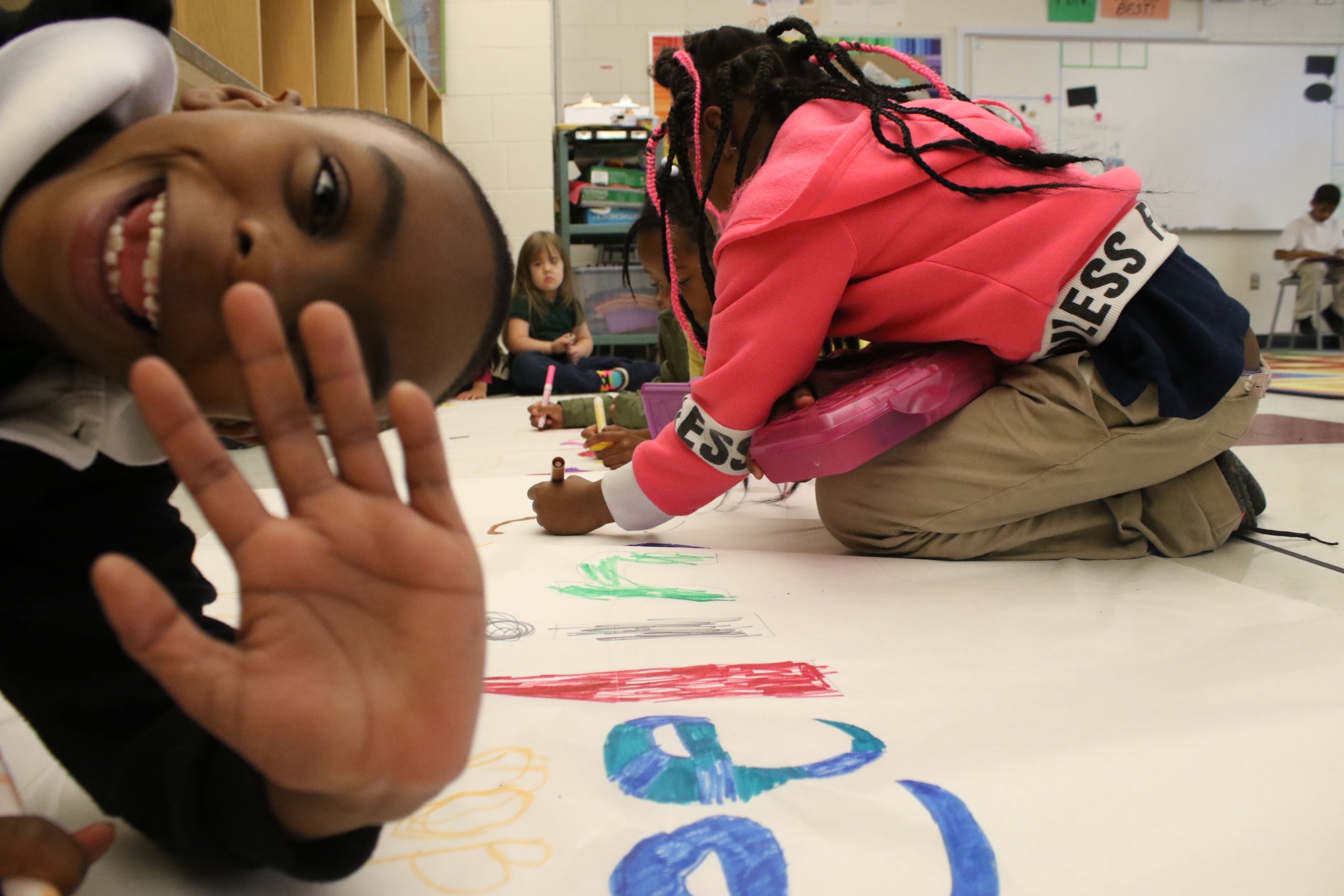 A student from Y.E. Smith excitedly waves into the camera as his classmates feverishly color in the mural. Donors were treated to little displays like this throughout the visit, as students are eager to impress the visitors. 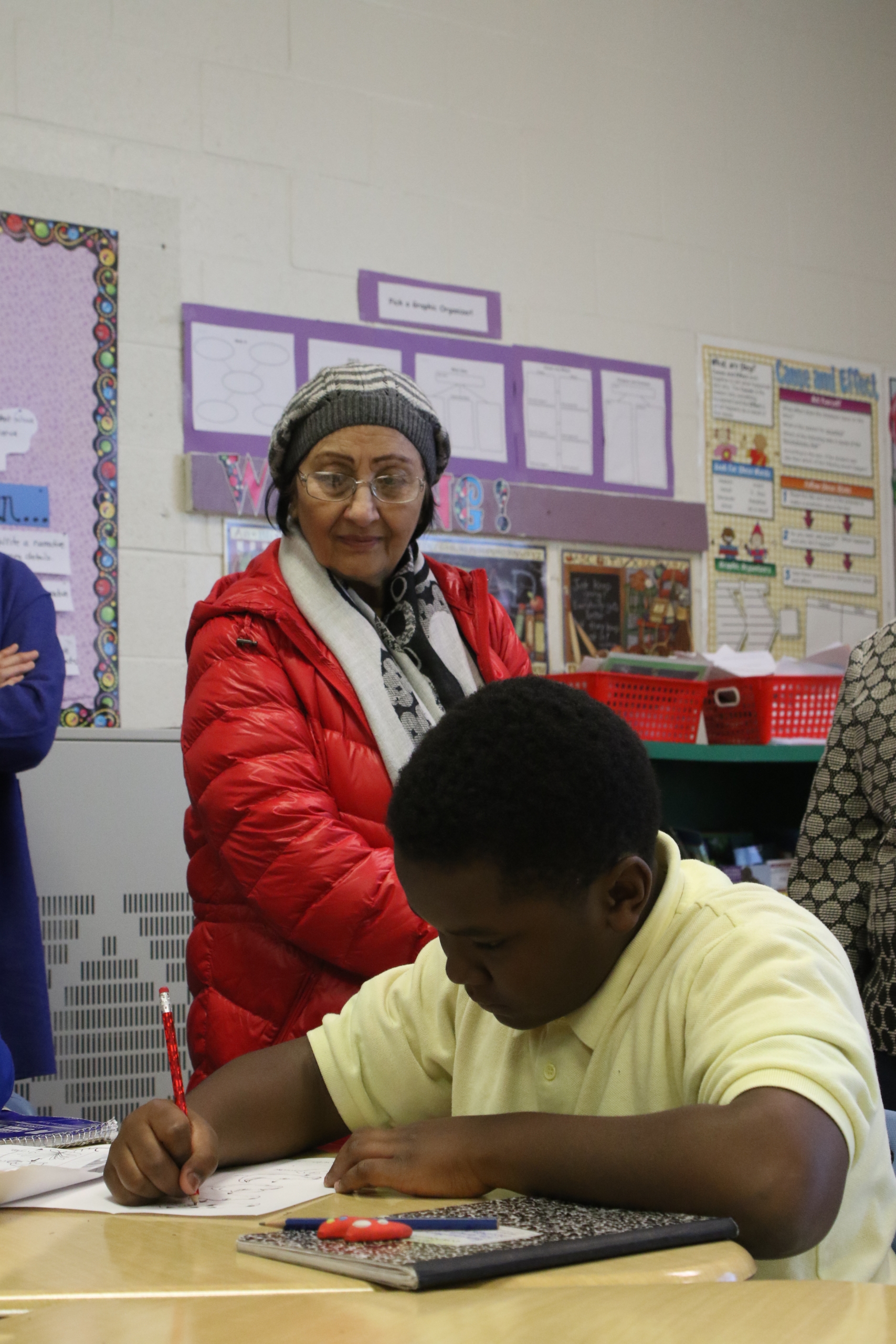 Usha Gulati observes a fifth grade student drawing a food chain. The class is currently in an ecology unit and is learning about food chains within ecosystems. The fifth graders are very focused when the donors arrive and continue their usual work.

As the bus circles back around to the Holton Career and Resource Center, it passes by the Old East Durham sign. David Reese explains the small yet dense physical boundaries of the neighborhood. 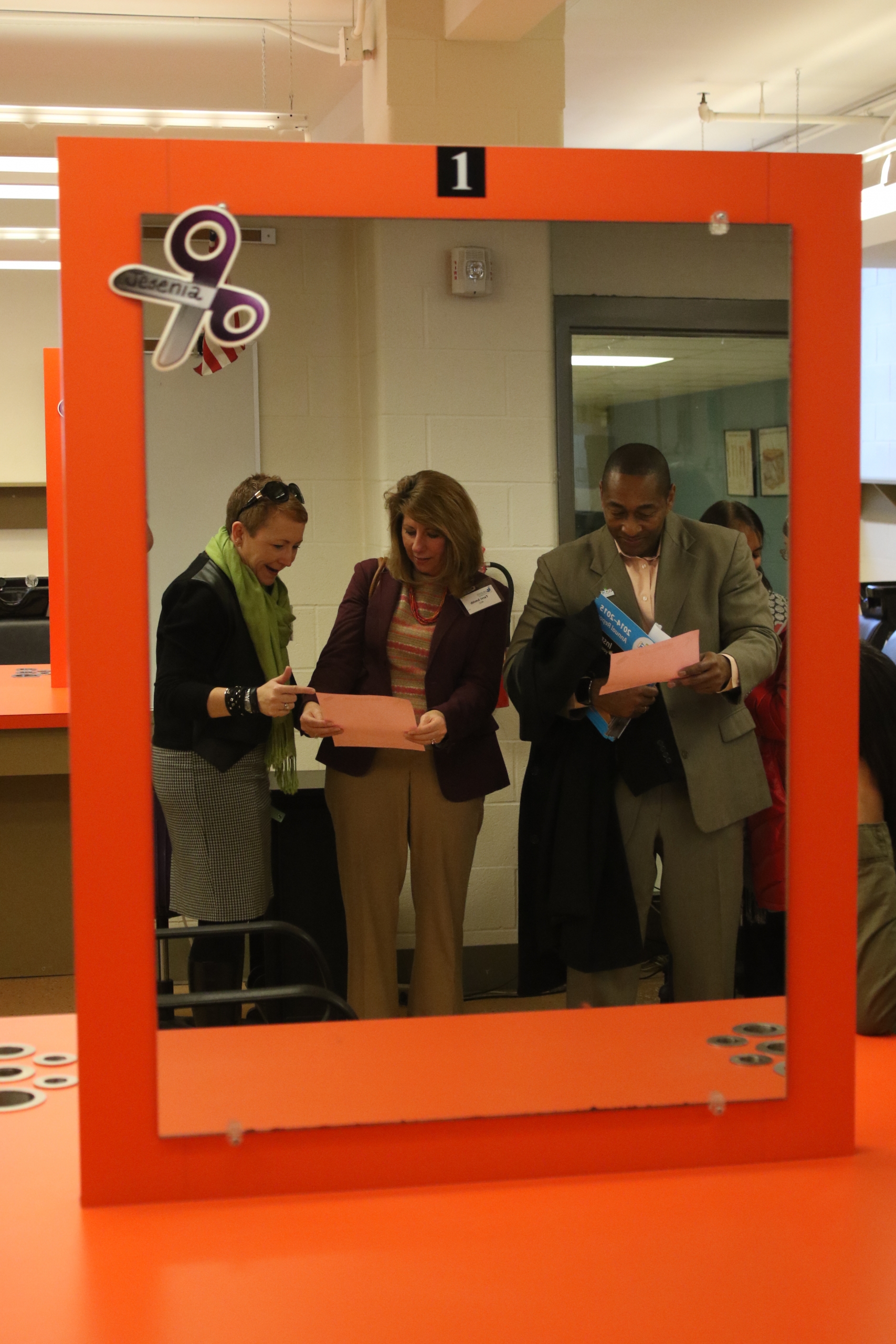 Lori O’Keefe, president and CEO of the Foundation, Terri Smith, chief financial officer of MDC, and David Reese look over pricing information for the Holton Career and Resource Center cosmetology department. It is here that students can learn to work nearly any job in a salon. It is also a working salon where haircuts are offered at reduced prices. 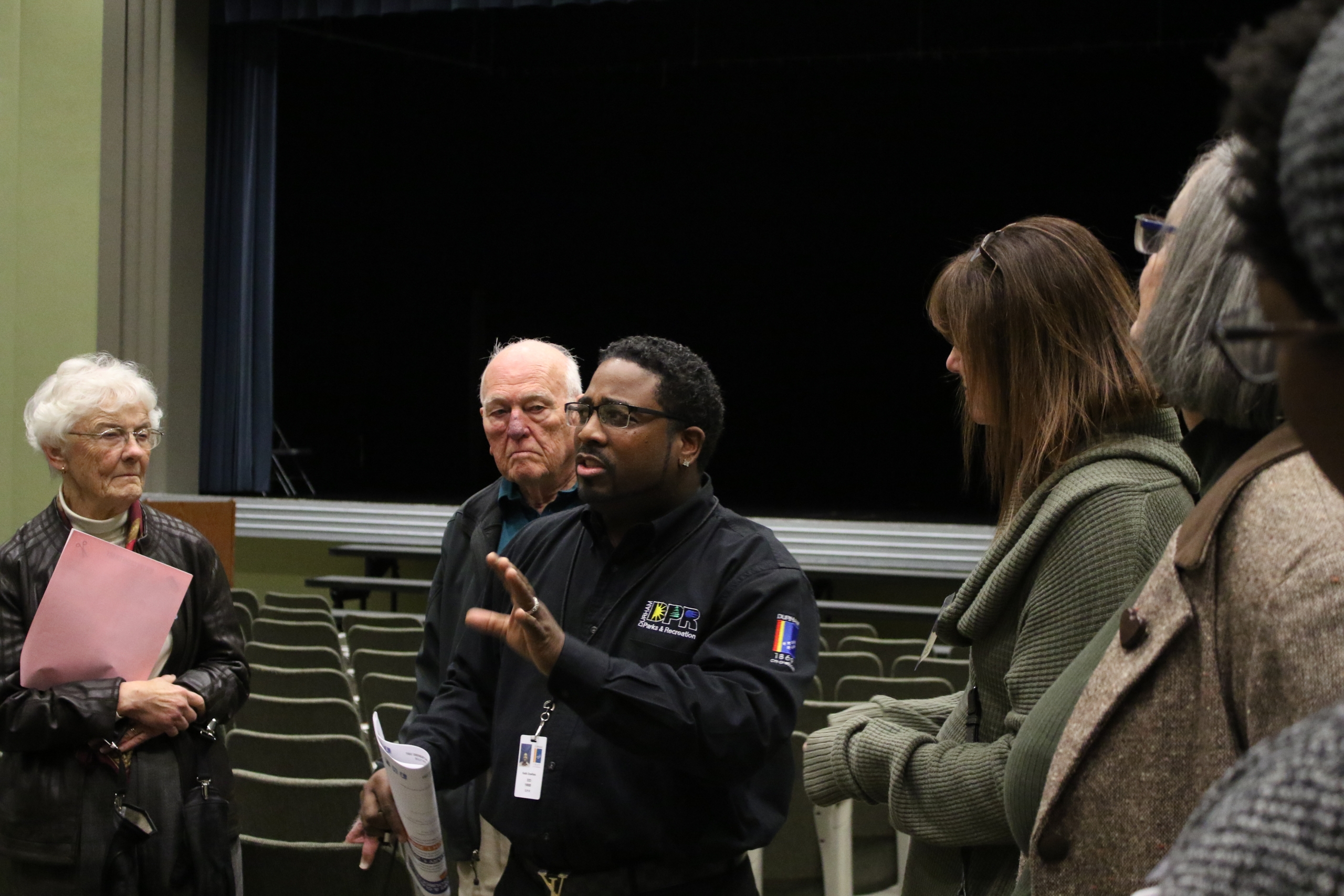 Keith DosReis, Jr., recreation supervisor for the Durham Parks and Recreation branch at Holton, gives donors their last tour of the day through the various rooms and amenities at the center, as the two bus tour groups reconvene and prepare to discuss the day over a catered lunch.