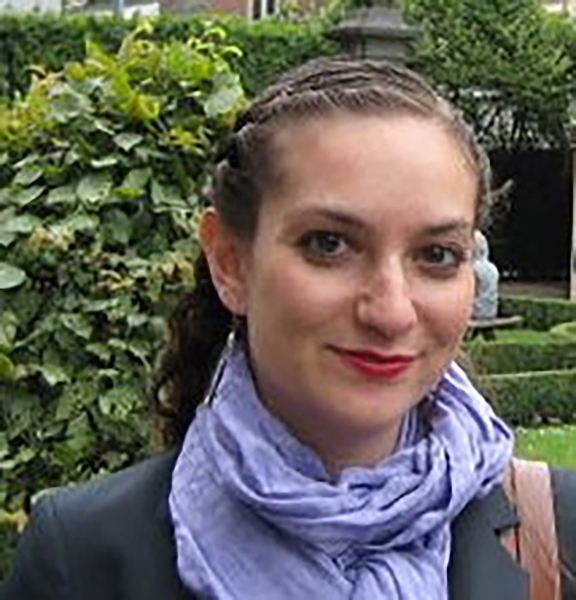 Rebecca Balter grew up in Raleigh, North Carolina. She earned her Bachelor’s degree in Biology from Columbia University and then went on to receive a PhD in Neurobiology from the University of North Carolina at Chapel Hill. Although she was trained as a scientist, she left the lab to support social justice movements through donor organizing. For the last decade she has been an active member of Resource Generation, a group which organizes young people with wealth and class privilege in the United States to become transformative leaders working towards the equitable distribution of wealth, land, and power. She has been a local chapter leader, sat on the planning committee for the Transforming Family Philanthropy conference in 2015, and participated in their training program for leaders of family foundations.

As a donor organizer, she was a founding member of the Funding Queerly giving circle, one of the largest, community-based LGBTQ+ funders in the United States. Rebecca also helped start and continues to serve on the leadership committee for FrontPorch, an organization which brings together young, progressive political funders to move money to 501-c4 non-profits, building political power in marginalized communities in North Carolina.

Rebecca became part of the Triangle Community Foundation family in 2016 when she and her mother started a fund focused on environmental justice and combating climate change and supported the expansion of the Foundation’s socially responsible investment option for fundholders. In honor of joining the Board of Directors in 2019, Rebecca created the Cast Iron Skillet Fund with a mission to nourish social justice community organizing in the South.

When she is not trying to disrupt the field of philanthropy, Rebecca can be found exploring the art galleries, restaurants and cocktail bars outside her front door in downtown Raleigh.